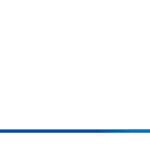 The People’s Pension1 has appointed professional trustee and actuary, Mark Condron, as its new Chair of the Trustee.

Having already served for two years on the Trustee Board, Mark will step into his new role in September this year, replacing Steve Delo who has come to the end of his term. Steve will remain on the Board until March 2023.

With more than 30 years’ experience in the pensions industry, Mark has already brought a wealth of expertise to The People’s Pension, as it has grown to become the largest independent master trust in the UK, providing a workplace pension to 1 in 5 workers across the country.

During his career he has held a wide range of senior positions with responsibility for pensions advisory and administration businesses. In his advisory work he has helped many large UK pension funds and companies on all aspects of pension provision and is a member of a number of trustee boards and pension scheme governance committees. He is a Fellow of the Institute and Faculty of Actuaries and an Accredited Professional Trustee.

Commenting on his appointment, Mark said:

“I’m absolutely delighted to be appointed as Chair. The People’s Pension is a huge success story, having helped almost 6 million people across the UK save more than £17bn in pension savings. It has an incredibly important role to play in the auto-enrolment market, helping to bring pension provisions to those who may not otherwise have access to retirement saving tools. The People’s Pension has an exciting future and it’s fantastic to be a part of that.”

Commenting on the appointment and his time as Chair, Steve Delo said:

“I’ve had the pleasure of working with Mark for the last two years and know he will be a fantastic Trustee Chair for the next stage of The People’s Pension journey. With his brilliant mix of leadership skills, pragmatism, technical knowledge, business acumen and compassion for members, he will ensure high standards of governance. I have enjoyed every minute of my 10 years as the scheme’s Chair, and I am delighted to now be passing the baton to Mark for what will, I am sure, be a long and successful tenure.”

Patrick Heath-Lay, chief executive of B&CE, provider of The People’s Pension, said: “Mark’s appointment as Chair of Trustees is fantastic news as, like Steve, he is fully focused on ensuring that the members of The People’s Pension are at the heart of every decision the Trustee makes. I very much look forward to working with him on continuing to grow and develop the scheme for the benefit of our membership.

“I would also like to thank Steve for his magnificent service as Chair of Trustees during the incredible first decade of The People’s Pension – his wisdom and drive have played a significant role in its success.”

The People’s Pension is a leading workplace pension scheme from not-for-profit B&CE, serving nearly six million pension savers across the UK, with £17 billion assets under management. With no shareholders, it uses its profits to help people build financial foundations for life.