“Introducing a policy of robbing Peter to pay Paul will not make housing any more affordable. Instead it’s likely to push up house prices and leave younger people worse off in the future.

“Pensions are about providing much-needed incomes for people in retirement, and all the international evidence points in one direction; pension pots accessed for housing or other reasons during a working life are never adequately replenished ensuring people will be left worse off.

“The answer to the housing shortage is building more affordable housing, not diminishing people’s pensions.” 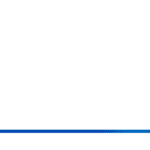 With workers across the UK facing an increase in how much they pay towards their workplace pension each month1, The People’s Pension has warned that savers remain unaware of the main advantages of saving into an auto-enrolment pension.

A new survey2 by the not-for-profit pension provider, which provides workplace pensions to more than 4 million savers across the UK, found that the vast majority of pension savers in the UK (90 per cent) see the benefit of an auto-enrolment pension, but many are unaware of the contributions to their pension pot made by their employer and the government.

The survey of more than 2,000 UK pension savers found:

With minimum contributions increasing to eight per cent, the average earner7 could see their pension pot increase by more than £696 in the next year alone. Over the typical saving period of 45 years their pension pot would be estimated to be £97,500 higher than if paying the previous five per cent contributions. Of the £97,500 increase only £18,500 would be contributed by the member.  The remaining £79,000 is a combined result of market growth on investment, employer contributions and tax relief provided by the government.

Commenting on the survey findings, Gregg McClymont, director of policy at The People’s Pension, said:

“Auto-enrolment is a real success story with 10 million more people now saving into a pension. It’s encouraging that the vast majority of people see the positives of saving into an auto-enrolment pension, but as we head towards April’s increases, there’s work to do to ensure savers are getting the full picture.

“There is always a risk that people may choose to stop contributing if they aren’t aware of the advantages that saving into an auto-enrolment pension brings. At a time when millions of people in the UK will be under-pensioned if they rely just on the state pension, getting this message across is crucial.”

Savers can visit The People’s Pension calculators to find out how much they’ll need to save for retirement and how long it will need to last.

The People’s Pension is one of the largest master trusts (multi-employer pension scheme) in the UK, with more than 4 million members, 80,000 employers and £5.7bn assets under management (accurate at 13 March 2019).