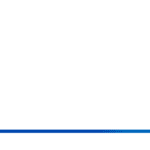 Eyebrows were raised when the House of Lords chose to amend the Pensions Schemes Bill, inflicting four defeats on the Government in the process.

There will be those who will argue this was odd as the Bill contains many things that people from the main parties actually want. It includes provisions both to enable Collective Defined Contribution (CDC) and underpin pension dashboards. Each one commands cross party support.

Viewed from another angle, the two defeats on the pension dashboards part of the Bill reflect long held concerns about how dashboard users’ interests will be protected. From this viewpoint, the defeats are much less surprising. The amendments added to the Bill are not intended to prevent commercial providers from operating pension dashboards. Rather, they’re intended to prevent commercial dashboards becoming operational until user behaviour is well understood and there’s a consumer protection regime in place to regulate ‘transactional’ dashboards.

Pension dashboards will allow savers to see all their pension entitlements in one place in an online portal and, eventually, users will be able to use these dashboards to transact, perhaps by consolidating their pensions. Users will have access to financial planning tools and potentially access new products in a similar way to open banking.

Many people involved in the debate see transactional dashboards as a desirable destination for the pension dashboards project. It’s easy to see how savers might benefit from using these sorts of dashboards to plan and to act.

Progress on the technical side but concerns remain

Work on the dashboard infrastructure is now gearing up with Money and Pensions Service (MaPS) stepping up its engagement with the pensions industry on data quality and readiness to comply with the requirements of the Bill. MaPS’ officials have also begun talking to potential suppliers of the IT infrastructure that will underpin dashboards. We expect real progress by the end of the year.

The first iteration of the dashboard will be ‘find and view’. This will display people’s pension entitlements online in a comprehensible format. Getting there will be a massive technical feat but it’s not really what’s prompted the debate in the Lords.

What concerns politicians in the House of Lords and stakeholders in the pensions sector is what happens when providers get the green light either to build transactional dashboards or figure out how to build transactional services that are adjacent to a ‘find and view’ dashboard service. Some are as worried by the potential pitfalls as they are enthused by the would-be positives of this.

Transactional dashboards or transactional services adjacent to a ‘find and view’ service will create a much more liquid market in pension transfers and with that market will come new risks. These new risks will depend on what dashboard providers are allowed to do, how their conduct is regulated and the extent to which consumers are enabled or encouraged by dashboard providers to take action across existing regulatory and product boundaries. These boundaries are highly salient to pensions professionals, but pretty meaningless to most savers.

We think there are three sets of issues that policymakers will want to consider:

It’s easy to see how dashboards might encourage or ‘nudge’ savers to consolidate onto a dashboard operator’s platform. That might be of enormous benefit to the saver. Equally, it might do them considerable harm as they consolidate funds from a tightly regulated, cheaper pension scheme into a more expensive, less well governed product. It isn’t obvious how those risks can be mitigated yet and we’re in the foothills of understanding how savers might act and what sort of provider behaviour might be acceptable and what might need to be constrained.

The current Bill contains provisions that could enable a tough consumer protection regime that weighs the risks outlined above. The current position of the Government is that operating a pension dashboard should be an activity authorised by the FCA but that activities enabled by the dashboard – like transfers – should be governed by existing rules and legislation.

Judging by the scale of the defeats in the Lords on 30 June, it seems that there’s appetite for a consumer protection regime that goes beyond existing measures. This is partly informed by the pension freedoms, where existing regulation proved insufficient to prevent serious harm to many who transferred DB pensions to poorly run self-invested personal pensions (SIPPs).

It will be fascinating to see whether the Government chooses to bring forward a consumer protection regime that allays the concerns of Peers or whether it uses its majority in the Commons to reverse its defeats.