Our research finds that fewer than half of UK pension savers say they care about the cost of their pension charges, so is indifference leading many to miss out on valuable retirement income over the long term?

As the nation struggles with the worst cost-of-living crisis in a generation, households up and down the country are cutting their cloth accordingly and reviewing the cost of their utilities and services. It’s therefore surprising to learn that fewer than half of UK adults with a pension (48%) say they care about the cost of their pension charges. The research conducted by YouGov1 on our behalf shows that, in comparison, 7 in 10 people with a mortgage (71%) or a current bank account (70%) pay close attention to what they’re charged for these products.

The poll also found that among those who say they don’t care about what charges they pay on their pension savings:

These research findings might leave the average pension saver asking, ‘Do pension charges really matter?’ For obvious and undeniable reasons, the answer must be ‘Yes, they absolutely do’, because excessively high charges can eat away at an individual’s pension savings and leave a potential income shortfall at retirement.

So it’s worthwhile to compare prices even when, at face value, pension charges don’t seem to be too unreasonable, especially when presented in percentage points. Qualifying workplace pensions have a 0.75% charge cap (or a broadly equivalent charge under a combination charging structure) for all default funds, with many providers charging less than this, but even then, there are real differences between how much different schemes charge customers over the long term.

Giving back to save more

For example, our rebate on member charges could help the average worker save £1,000s by the time they reach retirement.2 Our management charge, which is already competitive at 0.5%, also includes a rebate which gives back between 0.1% on savings over £3,000 and 0.3% on savings over £50,000, and since its introduction 2 years ago, we’ve given back a total of more than £20m to our members.

Over the long term, it all adds up

Despite the evidence that charges matter, many pension savers who don’t give it much thought will continue to pay higher charges for similar products unless they start thinking about how much it is costing them over the long run.

Over the last decade, a sharp focus on charges has helped to deliver better value for members, but as our research highlights, there is still some way to go. It’s our responsibility as pension providers to drive home the effect charges can have over the long term on our members’ pension pots.

While charges are important, they are, however, only 1 aspect of the value members get from workplace pensions. With the impending introduction of the new Value-for-Money metrics (VfM)3 – part of a joint FCA/TPR initiative – we expect a renewed focus on other aspects of value.

This is expected to include the new online pensions dashboards, which should make it easier and clearer for pension savers who are thinking about moving their pots to contrast and compare the value of the product they are transferring from and to. As these metrics are rolled out, we think they should always be clearly visible, but especially at times when savers are likely to make key decisions about their pensions.

We think the new VfM metrics will help to deliver more educated consumer and institutional decisions when choices are made to select a pension provider.

These days, the cost and value for money of pretty much everything are, quite rightly, under the microscope, so it’s important that pension providers remember the responsibilities they have to their customers and continue to work on making pension charges and other VfM benefits accessible, comparable, and as clear as possible. 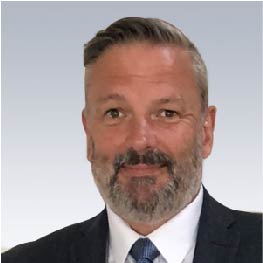 As we’re run by a not-for-profit organisation, we want to help our members save more by reducing the rate we charge them as their savings increase. We have given £24 million back to our members! Read more about our rebates here > bit.ly/3JNjaEW

There are many benefits to transferring your #pensions into one place - there's no fee, we do the hard work and you can watch your savings grow! Start your transfer today > bit.ly/3KYbEH1 pic.twitter.com/v2ZI46Orcw

We are delighted to have been shortlisted for the innovation in trusteeship award at the @PMIPensions #PinnacleAwards2022!

Congratulations to everyone else on the shortlist, we look forward to the awards evening later this year. twitter.com/PMIPensions/st…

Fewer than half of UK adults with a pension say they care about pension charges. So, do charges really matter? Yes, they do!

Paying less can significantly affect the size of your pension pot by the time you reach retirement. Read more in our blog post > bit.ly/3BlzCtV pic.twitter.com/lHEayt0ROe

As an industry, we have considerable power to influence the companies we invest in. Read more about why both stewardship and divestment should be embraced to promote positive change in our latest blog post > bit.ly/3PZwnwg pic.twitter.com/8aFM6hCZ4V

Do pension charges matter? Of course they do. There are genuine differences between how much particular schemes charge customers. Paying less in charges over the long term can make all the difference in retirement. Read more in our latest blog post > bit.ly/3zyaKxF pic.twitter.com/4iQewFZTKp

Our head of policy, @gosling_tim, on why consumer protection must be at the heart of pensions dashboards. Read the @pensions_expert article here >

With around 7.4 million pension savers making the minimum employee contributions to their pension and just 7% understanding that this would fund only a basic retirement, leaving work early could see UK workers facing financial difficulty in retirement >

Do you know how much money you’ll need to enjoy your #retirement? Our calculators are here to help out, whether retirement is fast approaching or some way off > bit.ly/3oIqasq pic.twitter.com/B4HKF2cCzI

Our managing director of investments, Jonathan Cunliffe, joins @jonstapleton and @ProfPensions to discuss how investment strategies have evolved over a decade of automatic enrolment. Read more here >

We are very proud supporters of this campaign launching in September. It is time to #PayYourPensionSomeAttention, we look forward to working closely with @ThePLSA and @BritishInsurers on this very important initiative. twitter.com/PensionAttn/st…

Automatic enrolment has been in place for 10 years now, reversing the decline in the number of people saving into a workplace pension, creating roughly 10 million new workplace pension savers. Read more from our CEO, Patrick Heath-Lay, here > corporate-adviser.com/patrick…