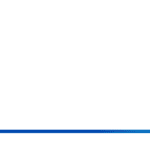 The People’s Pension responds to the Spring Budget 2020

Commenting on the Chancellor’s announcement to increase the tapered annual allowance by £90,000 to £200,000, Gregg McClymont, director of policy at The People’s Pension and a former shadow pensions minister, said:

“Pensions tax relief needs reform and simplification. While we understand the need to support hard working senior doctors, the huge hike of the tax taper threshold by the Chancellor helps only a small, part of the working population – high earners – but does nothing for millions of basic rate taxpayers workers who would have benefited from comprehensive reform of pension tax relief rather than more tinkering.

“Two-thirds of the total tax relief paid out by the government already goes to higher rates taxpayers; a universal flat rate relief of 30 per cent would help those most in need to increase their retirement savings. A comprehensive review of this incredibly complicated system, under the remit of an independent Pensions Commission, could begin the process of reform.

“The Government’s announcement that they intend to review the ‘net pay anomaly’ – meaning that 1.7 million of the lowest earners miss out on tax relief due to a quirk – is a welcome step, but it needs to move quickly.”

The People’s Pension is the second largest master trust (multi-employer pension scheme) in the UK, with almost five million members and more than 90,000 employers signed up (correct as of 11 March 2020).

Responding to the Autumn Budget announcement, Gregg McClymont, director of policy at The People’s Pension1, said:

“The government has missed the perfect opportunity to tackle the net-pay anomaly in workplace pensions; a scandal waiting to happen at a time when maintaining public confidence in auto-enrolment is crucial. Currently, more than a million low earners could be missing out on 20 per cent tax relief through no fault of their own. It’s unsustainable for Government to automatically enrol millions of people into pensions and not ensure that the system works fairly on everyone’s behalf.

“Each year ahead of the Budget, we hear speculation about a reform to pensions tax relief. It’s hard to imagine a future Chancellor won’t return to the issue. The current system is very generous to the highest paid and confusing to many. A flat-rate system set at between 25-30 per cent, and re-branded as a top-up, would benefit those most in need of boosting their retirement savings.

“With nearly 10 million people now auto-enrolled into a workplace pension, the government must focus on the tax system adjustments which will make this system work in the long term.”

The People’s Pension is a leading and not-for-profit master trust (multi-employer pension scheme) in the UK, with more than 4 million members from more than 80,000 employers, and £5bn Assets Under Management (accurate at 30 October 2018). We tweet as @peoplespension.

The People’s Pension are calling for a package of changes ahead of this year’s Autumn Budget with calls for a fundamental reform to pensions tax relief, removal of net pay and the scrapping of the Lifetime ISA.

Looking ahead to this year’s Autumn Budget, Gregg McClymont, director of Policy & External Affairs at The People’s Pension, said:

“In this year’s budget we want to see changes that will benefit those who need most to boost their retirement savings and simplify the savings landscape, including a reform of pensions tax relief, the removal of the net pay anomaly, and the scrapping of the Lifetime ISA (LISA).

“The current system of tax relief is confusing to most people and favours a minority of higher earners. It’s time for the government to introduce a flat rate savers’ bonus. For every £1 saved the government could add 25p. Clearly, there are issues to be worked through on the Defined Benefit (DB) side, and the government should commit to doing so.

“Currently, more than a million low earners, whose pension provider operates what’s called a net pay arrangement, could be missing out on 20% tax relief through no fault of their own. Its unsustainable for Government to automatically enrol millions of people into pensions and not ensure that the system works fairly on their behalf. It’s a scandal waiting to happen, at a time when maintaining public confidence in auto-enrolment is crucial.

“Finally, we’re calling for scrapping of the LISA. With nearly 10 million people now saving for retirement through automatic-enrolment, the focus should on making this long term savings vehicle work.  The LISA is confusing, dilutes the simplicity which made ISAs popular in the first place, and has had very low take up. Scrapping it would be a contribution to joined up government thinking on long term savings.

“This package of measures would simplify pension saving and re-direct incentives to save at those on middle incomes.”

The People’s Pension is a leading and not-for-profit master trust (multi-employer pension scheme) in the UK, with more than 4 million members from more than 80,000 employers, and £5bn Assets Under Management (accurate at 29 October 2018). We tweet as @peoplespension.