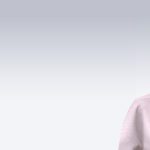 On Thursday, December 17, the Department for Work and Pensions published the report from the industry’s small pots working group.

Tim Gosling, head of policy at The People’s Pension, who sat on the master trust expert panel that fed into the working group, said: “This report lays out a workable roadmap for dealing with the small pots problem. The scale of the challenge is significant: without action the problem will become much harder to manage and will destroy value for members. We welcome the Minister’s support for industry to lead on proof of concept trials, including support for the member exchange pilot.”

The People’s Pension is a leading workplace pension scheme from the not-for-profit B&CE Group, with more than five million pension savers from over 90,000 employers and £12 billion assets under management. Both privately and publicly, fears were expressed that the economic damage wrought by the both the initial financial shock and subsequent fallout from lockdown measures might lead to a significant exodus from pensions, as financially stressed savers either ceased contributing or drew down on their retirement savings.

In the months that followed, this was a trend that we simply couldn’t see in data relating to our 5 million members. To be sure that what we were experiencing was not idiosyncratic, we commissioned YouGov to conduct a national survey of more than 2,000 UK adults.

We’ve just received the YouGov results and they’re very clear: at this stage at least, those we surveyed with a pension haven’t revised their pension saving habits much, despite the country experiencing its biggest short-term slump since records began and an accompanying rise in unemployment – the largest in 11 years.

According to the survey, the majority (82%) of UK retirement savers don’t appear to have made any changes to their pensions since March 2020, despite the fact just over 4 in 10 of all workers have been impacted by the coronavirus pandemic. Only a very small percentage (3%) have stopped their pension contributions altogether during the past 7 months, while just 2% said that they’ve withdrawn money from their retirement savings.

The survey also indicates that while 2% cut back on the amount of contributions they made, a further 2% have increased their contributions. Of those who took part in the survey, only a minority, 1 in 7 (14%), have even checked the value of their pensions savings since the UK went into lockdown. The same research also reveals that 45% of UK workers have been affected by coronavirus in some way, which includes being furloughed and having wages or hours reduced.

Despite recent research, conducted by a financial services company, suggesting that 1 in 4 people have either reduced or paused pension saving, the YouGov data suggests the effects of the virus on retirement plans appears to be very limited. 1% have been prompted to delay their retirement plans, while 1% of all UK adults with a pension retired earlier than they’d anticipated.

Workplace pensions aren’t of course the only type of pension in the UK and pension organisations may witness different behaviour depending on the type of category of saver for whom they cater. In particular, the experience of those organisations which primarily serve the self-employed might be different from those which cater for employees.

Government support for the employed has been an important factor. Subsidising employment has meant that far fewer employees have been confronted with a choice between prioritising short-term needs to generate immediate replacement income over longer-term retirement needs. Subsidy also extended to pension contributions for much of the year. Some categories of the self-employed haven’t benefitted from government support and this may have had an impact.

The survey results indicate how robust the design of auto-enrolment has been. Faced by a once-in-a-century crisis, it has held up very well. Employees who were at an age where they could have withdrawn pots and crystallised nominal investment losses, didn’t do so. Employer contributions and tax relief have helped encourage people to continue to save, even in difficult times.

While the hardship for many is far from over, the early signs suggest that the British public remains steadfastly committed to saving for retirement.