Why more must be done to stop fraudsters

The Pension Schemes Bill (PSB) is now an Act with promised powers to stop transfers that raise red flags and the Work & Pensions Committee has published its report on scams. The digital world needs to be the next area of focus.

When I last wrote about scams, back in December, the Work & Pensions Select Committee was still in the midst of its inquiry, the Pension Schemes Act (PSA) was still a Bill and The Pensions Regulator had just launched its new Scams Pledge. A lot has changed since then, bringing clarity in some areas, but revealing there’s much more to be done in others, particularly in the online space.

The Bill is now an Act

You may remember that Work & Pensions Select Committee chair Stephen Timms MP had secured ‘assurances’ from Pensions Minister Guy Opperman that powers to override the right to transfer in cases of suspected scams would be included in the then Pension Schemes Bill’s accompanying regulations. The Bill became an Act in February, and the regulations are expected to be in place later this year. The Committee, in its new report on scams (more on this below), has also called for the legislation to be reviewed within 18 months of the regulations becoming operational, allowing for any legislative changes to be made if there are concerns.

The Work & Pensions Committee launched its report ‘Protecting pension savers – five years on from the pension freedoms: Pension scams’ last month, bringing together hours of oral evidence and a wide range of written submissions from across the industry, The People’s Pension included. The report is exhaustive, setting out over 30 recommendations for Government, the industry, regulators, Action Fraud and HMRC, and covers 4 areas: recording and reporting, prevention, enforcement and supporting scam victims. Many of the recommendations align with those set out in the report we produced in conjunction with the Police Foundation – ‘Protecting People’s Pensions: Understanding and Preventing Scams’ –  particularly regarding the need for a broader definition of fraud, the creation of a central intelligence database and concerns over the pursuit of scams victims by HMRC. The Committee cited our report and our submission to the inquiry on the issues of a central intelligence database and the ‘unrelenting and uncompromising’ treatment of scam victims by HMRC.

Central to the Committee’s report and recommendations, however, is the acknowledgement that more needs to be done in the digital world. The MPs called for global technology firms to be held to account for hosting scam adverts, saying it’s ‘immoral’ that companies such as Google are ‘profiting’ from hosting both scams and warning adverts. There’s no doubt that scammers have moved online, yet regulators are powerless to hold search engines and social media to account for hosting fraudsters’ scam adverts (unlike advertising in traditional media) and preventing them from creating clone websites of reputable companies. The law is just not keeping up with this fast-moving environment.

The narrow scope of the pensions cold calling ban, which came into effect in 2019, adds to the problem. The ban excludes online activity. So, fraudsters are able to continue to promote potentially harmful financial information to consumers on search engines and social media. In addition, the proposed forthcoming Online Safety Bill, which will create a new regulatory framework for online safety, excludes both ‘financial harms’ and online advertising (covered by a separate consultation). All of this creates a digital loophole for scammers to jump through.

Stephen Timms MP, his Committee colleague Nigel Mills MP, consumer group Which? and others across the financial services industry have called for financial harms to be included in the proposed legislation. In a recent interview with FT Adviser, Stephen set out his plans to table an emergency amendment to the Bill to bring financial harms into its scope when it comes before the Commons.

While the Pension Schemes Act includes some very welcome measures, there’s still a long way to go before consumers are adequately protected against ruthless criminals who would happily relieve them of their pension savings. 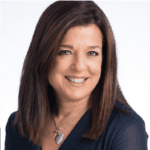 Sam is responsible for ensuring our key policy messages are heard by parliamentarians, identifying opportunities to engage and shape the policy debate.

She has over 15 years of public affairs experience, working with organisations including Nationwide Building Society, Microsoft UK and the BMA. Sam sits on the committee of the CIPR’s Public Affairs Group. She has an MSc in Modern British Politics from the London School of Economics, and a Postgraduate Certificate in Corporate Communications through the PR Academy and the CIPR.

Did you know that mothers who go from part-time to working an extra day or two a week could be as much as £1,224 a year better off in retirement?
Read more about the #GenderPensionsGap here > bit.ly/TPP_ptwork pic.twitter.com/Ob4SCMkoL4

Our Recorded Online Update looks at some key pension topics that are important for you to consider. Visit our webpage for the full update and more information > bit.ly/TPPROU1 pic.twitter.com/xRJI9WOVeY

Online scams are ruining lives. We want online platforms to be legally responsible for protecting their users from fake and fraudulent content. We've joined up with 16 organisations to champion consumers & send a letter to Government > which.co.uk/safety-bill
#StopOnlineScams pic.twitter.com/igABvrhRGN

The average pensioner from an ethnic minority is £3,350 a year worse off than other pensioners in retirement. Changes to auto-enrolment could be key in closing this #EthnicityPensionsGap.
Read more > bit.ly/TPP-EPG pic.twitter.com/SHEIgafGjz

We have joined the call for #PensionScams to be covered in the Online Safety Bill. Pension savers need greater protection from ruthless criminals who target retirement savings. Read @PensionsAge >
pensionsage.com/pa/Financial-…

While #PensionScams are nothing new, #PensionFreedoms has led to a growth in different kinds of scams, leaving pension pots more vulnerable. Learn about how savings can be protected > bit.ly/ProtectingPens… pic.twitter.com/SinkfJa2sM

Chair of the Trustee for The People’s Pension, Steve Delo, outlines what he and those who take care of pension savings at The People’s Pension will cover in this year’s Recorded Online Update. Read Steve’s blog and then watch our update > bit.ly/ROU_TPPta pic.twitter.com/VJKtPM0doe

We may be able to improve your life in retirement - our Recorded Online Update looks at some key pension topics, from consolidation to responsible investment. Visit our webpage for the full update and more information > bit.ly/TPPROU1 pic.twitter.com/1IZTAzhOTI

Our Recorded Online Update for members looks at some key pension topics, from consolidation to responsible investment. Employers, download an email template that you can use to share the update with your employees > bit.ly/TPP_ROUet pic.twitter.com/apBcOdBZOx

We welcome last night’s much-needed Parliamentary debate on the gender pensions gap. The Pensions Minister recognises more must be done to close the gap. Read the @PensionsAge story here >
pensionsage.com/pa/There-is-m…

Advisers, our Recorded Online Update for your clients' employees looks at some key pension topics, from consolidation to responsible investment. Download an email template that you can use to share the update with your clients > bit.ly/TPP_ROUat pic.twitter.com/QY7VQLKsUw

Our latest research shows that the pensions industry must do more to support savers through their retirement.
Read the @corpadviser article here >
corporate-adviser.com/phil-br…

Advisers, our Recorded Online Update for your clients' employees looks at key pension topics that are important for them to consider. Download an email template that you can use to share the update with your clients > bit.ly/TPP_ROUat pic.twitter.com/4rHNHFvET5

Our Recorded Online Update for members looks at some key pension topics that are important for them to consider. Employers, download an email template that you can use to share the update with your employees > bit.ly/TPP_ROUet pic.twitter.com/bVGlyB8SDx