The quiet inevitability of consolidation

Consolidation in DC pensions is inevitable but it's going to be a quiet, methodical evolution rather than a Big Bang. We look at how the journey will unfold.

In an industry full of buzz words, there’s one which crops up more often than most – consolidation.

In reality, pensions have been consolidating over the last decade, an evolution largely driven by The Pensions Regulator (TPR), Department for Work and Pensions (DWP) and the Financial Conduct Authority (FCA).

Originally their focus centred on the legal duties of defined contribution (DC) pension schemes and boosting retirement savings. Although this remains paramount, there’s also been a notable shift towards driving up the quality of workplace pensions for better outcomes for members. This, of course, should be the reason for being for all master trusts.

Since that highly rigorous process ended last autumn, the question ‘what next’ has loomed large over the sector. In reality, the next steps we take aren’t a great secret as we all expect tighter regulations as the drive towards further market consolidation, led by TPR and the DWP, continues to unfold.

Why do regulators encourage consolidation?

The focus of the regulator will most likely be directed at challenging smaller single-employer DC trusts that lack resource and access to specialist support and are unable to meet the required standards of governance or proposition development.

Much of this change in the pensions landscape has been brought about by the advent of auto-enrolment, with larger DC pension schemes growing substantially in membership and assets under management, making them significantly bigger than many smaller DC pension schemes.

As a result, in the last decade there has been a clear drop in the number of small DC schemes registered. Statistics from TPR revealed that the number of pension schemes with 12 or more members has more than halved between 2009 and 2017, falling from 4,570 to 2,180.

There are numerous conversations already taking place between trustees, sponsors and advisers of these smaller schemes and their counterparts at master trusts about if and how consolidation can be achieved in the best interests of members.

We must also remember that it isn’t just the smaller outfits that will consolidate. In the 1990s, there were 25 active group pension providers but now this is a much more streamlined 7.

In terms of pensions governance, we are certainly in a better place than we were 10 years ago, but there’s still a long way to go before we can honestly say there’s complete fairness in the market. There will be no Big Bang but a quiet, methodical evolution over the next decade.

After all, nobody expected consolidation to happen overnight.

Find out more about what to consider on our webpage about consolidation of trust-based occupational pensions. 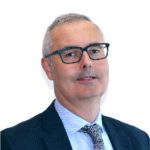 Dave’s team is responsible for employer and intermediary relationships and the transfers of workplace arrangements to The People’s Pension.

Dave is an energetic and experienced speaker on pensions issues, building on 30 years’ working in financial services for pension scheme providers and a non-departmental public body. He’s also a member of the Personal Finance Society.

Our phone lines are closed for the bank holiday, but there are still ways for you to get in touch.

You can search our knowledge base for answers here > lnkd.in/dsTgzem