We’re carrying out essential work during this weekend, which means our online services will be unavailable from 1pm on Saturday (26 September) until around 6pm on Sunday (27 September). We’re sorry for any inconvenience.

We’re carrying out essential work during this weekend, which means our online services will be unavailable from 1pm on Saturday (26 September) until around 6pm on Sunday (27 September). We’re sorry for any inconvenience.

At the last count, there were a whopping 18 million dormant pension pots – the vast majority being low in value. We look at the issues this can cause.

At the last count, there were a whopping 18 million dormant pension pots1 – the vast majority low in value, with some holding as little as one pence.

Since 2012, whenever eligible workers start a new job, they are automatically enrolled into a pension scheme, and when they leave that job for the next one, the pension pot they’ve built up stays where it is. Rapid movement from job to job, low pension contributions and a large array of providers operating in the pension market are all reasons for this surge in small pots.

Put bluntly, auto-enrolment is a small pot creation machine – a side effect of an otherwise hugely successful policy that has set more than 10 million savers on the road towards a decent retirement.

The proliferation of small pots has negative consequences for savers as people risk losing touch with their pension pots, and hard-earned cash, as they move through the labour market. Costs for pension providers increase too – proportionately, small pots are more expensive to administer.

Based on Department of Work and Pension (DWP) figures, we anticipate £9.75 million2 is currently being raised via the General Levy and fraud compensation levy from dormant pots – a figure that is anticipated to increase. The General Levy on occupational and personal pension schemes recovers the funding provided by the DWP for The Pensions Regulator, The Pensions Ombudsman and the Money and Pensions Service and is levied against the number of members, regardless of how much they have in their pension pot.

It’s structured to ensure that every year it raises more money, meaning that with no policy change, we anticipate a 90% cumulative increase in our levy payment between 2018/19 and 2022/23; an increase of £1.6m. These factors help explain why 10 master trusts – including The People’s Pension – will pay a quarter of the total levy in 2020/21, even with no increase in the levy rate. They will pay 25% despite holding just 2% of occupational pensions sector assets, despite their members including millions of low earners in high turnover sectors who have small pension pots – many worth just a matter of pennies.

The growing problem of small pots is clear, the solution less so.

Sir Steve Webb, when Pensions Minister, proposed a system whereby pots would follow people from job to job. Pot follows member, as it was called, ran into difficulties for two reasons: first the high unit cost of a pension transfer – estimated at £100 split evenly between the ceding and receiving scheme. Secondly, the proposed system was impossible to secure against fraud by nefarious employers.

This provides us with plenty of learnings, meaning that any future solution to the small pots problem will need cheaper transfer costs as well as assurances around its security, will need to reduce the unit costs of transfer to a minimal amount and will need watertight security.

It will also need to ensure that any solution is automatic and removes the need for human intervention. We know this because in Australia, superannuation already has the functionality for people to voluntarily consolidate their ‘lost’ pension pots through the country’s pensions dashboard or have their trust-based provider do it for them. Australians don’t do this very much and we have no reason to suspect that Brits would be any more motivated.

Value for money matters too. Contract-based pension providers – where there is an individual agreement between members and providers – have been pushed hard by government and the regulators to get their act together following the bruising 2013 Office of Fair Trading report into the sector. Independent governance committees – bodies established by firms to oversee their contract pension scheme – are still too weak to fight the saver’s corner but they are a start. For master trusts, all eligible schemes operate inside a charge cap.

The regulation of retail pensions is much weaker. So any solution to small pots which risks opening the floodgates to a rush of pension savings from lower cost, better governed workplace pensions into more expensive retail pension products would have unintended consequences. Costs matter so much over the long term of a pension saving arrangement.

Then we have the consolidation of the market, with the master trust authorisation round of 2019 more than halving the number of master trust pension schemes and we expect consolidation in the single employer trust space to continue. The DWP could help handle the small pot problem by further forcing the pace of consolidation, following their consultation paper on the issue earlier this year.

What is clear is that soon the pensions sector will need to come together to hammer out a solution to the small pots issue and prevent the problem developing further.

2. Estimate taken from Department for Work and Pensions data: https://assets.publishing.service.gov.uk/government/uploads/system/uploads/attachment_data/file/191697/automatic-transfers-consolidating-pension-savings.pdf 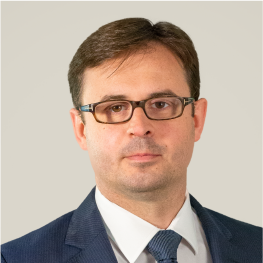 Simple #communications are key to engaging staff with their #pensions. In our latest blog, we look at the key role #advisers play and how we can all work together to make a difference > bit.ly/TPP_CA2 pic.twitter.com/4T6DYERslm

The announcement by government about a new small pots working group is welcome news. @gosling_tim argues why this growing problem needs to be tackled. Read @PensionsAge story here>
pensionsage.com/pa/DWP-launch…

Every 3 years the government wants employees who’ve opted out or ceased active membership of an auto-enrolment pension to be re-enrolled.
Find out what you need to do > bit.ly/TPP_Re-enrolme… pic.twitter.com/B5whLVCu12

An article in @Forbes looks at the #GenderPensionsGap and how women can practically fight it.
We continue to call for change to close this gap. Our research shows women can be £7,000 per year worse off than men in retirement > bit.ly/TPP_GenderPens…
forbes.com/sites/advisoru…

According to research from @TeamspiritGroup, around a third of people have ‘no clue’ how their pension is invested. Read @PensionsAge article below.

Employers, are you re-enrolling your employees with us? First choose your re-enrolment date – and don’t forget to tell us what it is. Use our step-by-step guide to find out what to do for re-enrolment. Keep your business running as usual > bit.ly/TPP_Re-enrolme… pic.twitter.com/sYgEf8sJzf

We’ve been providing workplace pensions for over 30 years, and we’re pleased to say we’ve just passed another milestone - £11billion assets under management! pic.twitter.com/N7Ruh55wP6

Our calculators are here to help you work out how much money you’ll need to enjoy your retirement. A quick check can be really helpful, whether you’re approaching retirement age now or it’s some way off > bit.ly/pensioncalcula…
#PAW20 pic.twitter.com/hoARMcENjc

The People’s Pension is one of the largest master trust workplace pensions in the UK, and we’ve just hit £11billion assets under management! pic.twitter.com/uMSrDOCD8Y

Our latest #PensionScams research produced with @the_police_fdn is at the heart of an interesting read in @DailyMailUK today.
More must be done to stop some of the £2.5tn of pension wealth accessible to scammers from being stolen.
Read the article here> dailymail.co.uk/money/beatthe…

Set up your online account to learn more about being a member of The People’s Pension, what we do for you and how to make the most of your pension >
#PAW20

There is a long way to go until the war against #PensionScams can be won, argues @gosling_tim. Read his @mallowstreet article here >
secure.mallowstreet.com/artic…

New research about #PensionScams shows more needs to be done to protect savers from losing their retirement dreams to scammers. Read more on @thisismoney >
thisismoney.co.uk/money/pensi…