Playing pensions catch-up with ‘Down Under’

What can we learn from Australia when it comes to master trusts? We look at the lessons for UK pension consolidation.

Forget year-round sunshine and shrimps on the barbie. It’s the Australian pensions system that many in our industry have looked to with envy.

For the last 25 years, under the compulsory superannuation model, employers ‘Down Under’ have been forced to pay a significant contribution into a “super”, or retirement fund, for their workers. It now holds huge assets and is the largest defined contribution system in the world per capita.

In the UK, pensions savings have extended to millions more people in the last few years thanks to auto-enrolment, but as a nation we’re still a way behind Australia. As we move towards potential consolidation of master trusts as a result of The Pension Regulator’s (TPR) authorisation process and many single employer trusts are looking to move to a select group of larger master trusts, it’s worth asking what we can learn from Australia’s extra years of experience.

Master trust authorisation is at a critical point. Applications have been submitted to The Pensions Regulator and industry predictions suggest the result will be a small number of big players managing workplace pension schemes in the future.

The ultimate aim is for auto-enrolment to evolve into a more stable and effective system of retirement saving. So although we’re taking a different approach we’re heading in a similar “big is beautiful” direction to the multi-trillion dollar Australian pensions system where AUS $2 trillion of assets are managed by around 225 funds.

We’re still a few steps behind so it’s a good opportunity to take stock. One thing is clear to me – we must learn useful lessons from Australia and avoid pitfalls. My colleague Gregg McClymont has previously analysed the issues and lessons around various scandals which hit the industry. Read his thoughts here.

I agree that the shocking headlines about greed and misconduct by banks and other commercial providers should serve as both a warning and an opportunity. At the heart of this is the question over proprietary/for-profit compared with not-for-profit – something I discussed with colleagues and financial advisers at a recent event we, The People’s Pension, organised.

To profit or not-for-profit?

In Australia, the numbers stack up in favour of not-for-profit funds which make up the top 10 performing pension funds across short and long time periods. Even before official enquiries were launched into banking and superannuation, people could see the long-term financial benefits of not-for-profit – or profit-for-member as they are often referred to in Australia.

The “profit-for-member” terminology resonates well for me, coming from an organisation which has a firm commitment to putting people ahead of profit. The People’s Pension has no shareholders to answer to so we can genuinely ensure that any profits are ploughed back into improving value and service for our customers. Our Charitable Trust also gives back to society and individuals as part of our mission. I’m proud of all this from a moral standpoint but I also believe it’s a good approach for the industry – and retirement planning – in the UK as a whole.

Where does this leave us?

At The People’s Pension we’re fortunate (as are our 4m members) as one of the largest master trust workplace pensions in the UK that we can provide stability and experience in the pensions landscape. We should build on the consolidation process of master trust authorisation and champion the value we can offer people through a long-term, “profit-for-member” approach to pensions.

Anyone focusing on chasing short-term returns or making bad decisions in the interests of sponsors rather than members should take heed of the Australian lessons. If we can all do that, then hopefully big really will be beautiful for British pensioners. 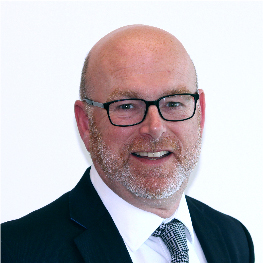 As National Business Development Manager, Glenn champions the delivery of the highest levels of service and support to our adviser customers. Glenn is happy to talk about any aspect of The People’s Pension from product offering to service delivery.

Glenn has 30 years’ experience in the financial services industry. He has worked in the corporate pensions sector for most of that time and is a member of the Personal Finance Society.

The announcement by government about a new small pots working group is welcome news. @gosling_tim argues why this growing problem needs to be tackled. Read @PensionsAge story here>
pensionsage.com/pa/DWP-launch…

Every 3 years the government wants employees who’ve opted out or ceased active membership of an auto-enrolment pension to be re-enrolled.
Find out what you need to do > bit.ly/TPP_Re-enrolme… pic.twitter.com/B5whLVCu12

An article in @Forbes looks at the #GenderPensionsGap and how women can practically fight it.
We continue to call for change to close this gap. Our research shows women can be £7,000 per year worse off than men in retirement > bit.ly/TPP_GenderPens…
forbes.com/sites/advisoru…

According to research from @TeamspiritGroup, around a third of people have ‘no clue’ how their pension is invested. Read @PensionsAge article below.

Employers, are you re-enrolling your employees with us? First choose your re-enrolment date – and don’t forget to tell us what it is. Use our step-by-step guide to find out what to do for re-enrolment. Keep your business running as usual > bit.ly/TPP_Re-enrolme… pic.twitter.com/sYgEf8sJzf

We’ve been providing workplace pensions for over 30 years, and we’re pleased to say we’ve just passed another milestone - £11billion assets under management! pic.twitter.com/N7Ruh55wP6

Our calculators are here to help you work out how much money you’ll need to enjoy your retirement. A quick check can be really helpful, whether you’re approaching retirement age now or it’s some way off > bit.ly/pensioncalcula…
#PAW20 pic.twitter.com/hoARMcENjc

The People’s Pension is one of the largest master trust workplace pensions in the UK, and we’ve just hit £11billion assets under management! pic.twitter.com/uMSrDOCD8Y

Our latest #PensionScams research produced with @the_police_fdn is at the heart of an interesting read in @DailyMailUK today.
More must be done to stop some of the £2.5tn of pension wealth accessible to scammers from being stolen.
Read the article here> dailymail.co.uk/money/beatthe…

Set up your online account to learn more about being a member of The People’s Pension, what we do for you and how to make the most of your pension >
#PAW20

There is a long way to go until the war against #PensionScams can be won, argues @gosling_tim. Read his @mallowstreet article here >
secure.mallowstreet.com/artic…

New research about #PensionScams shows more needs to be done to protect savers from losing their retirement dreams to scammers. Read more on @thisismoney >
thisismoney.co.uk/money/pensi…