Why the mistake of offering investment choices to savers has been a lesson to the rest of the world.

If you have ever wondered why workplace pension schemes frequently offer limited investment choice and focus on the default fund, the answer is jam, and Sweden.

In setting up pension systems both policymakers and pension schemes looked extensively at both the behavioural economics literature. They tended to take in both experimental and real-world studies. Sheena Iyengar’s work on choice showed that in both a retail environment (the sale of jam) and in pension plan design, offering many choices could discourage people from making a choice. In some cases, with US 401k plans, where investment choice could be a mandatory part of plan design, having to make a choice could put people off joining a pension scheme altogether. These studies are one of the reasons why schemes frequently offer a focused range of funds, in contrast to retail platform providers. From the way newer SIPP consolidators are put together, it looks like they’ve been reading the same papers too.

Sweden, meanwhile, is one of the only countries that has deliberately encouraged investment choice in DC. The experiment went badly but did so in a very informative manner. The bulk of Swedish state pension entitlement is a notional DC scheme, run on a pay as you go basis, funded out of taxation. There is a smaller top up scheme, called PPM, which is a funded DC.

At its launch in 2000, the Swedish government not only allowed but encouraged investment choice in the scheme through a nationwide advertising campaign. 456 funds were offered through PPM and 66.8% of those who started saving into PPM in 2000 made an elective investment choice and chose not to use AP7, the default fund.

Outcomes for this group of self-selectors was materially worse. They tended to overweight Swedish stocks and tech stocks (during the end of the dotcom bubble) and critically, tended not to rebalance their portfolios over time. Investors in the AP7 default fund, meanwhile, received better outcomes.

Self-selection of funds was not a success

This case study has been so impactful that it is hard to think of another national DC system that has followed the Swedish route. Indeed, Sweden no longer encourages choice in the same way and has progressively shrunk the number of funds available to PPM savers.

Henrik Cronqvist and Richard Thaler, who wrote the best-known evaluation of PPM in 2004 were implicitly critical of its initial design. But their more recent work also looks at the permanence of nudges in the Swedish system. Essentially, under some circumstances, once people have been “nudged” by a pension system to do something – or not do it – that decision is quite often very long lasting.

Their more recent work shows how PPM investors tend not to react when major events happen that might affect their investments. In 2011 AP7, the PPM default fund, started using leverage in the form of total return swaps. This resulted in much higher returns but also meant that investors were taking much greater risks. This massive change in the risk profile of the fund people had been nudged into, had very little impact on investor behaviour.

Why nudging savers has its limits

They observed something similar with the Allra fraud, which unfolded in Sweden in 2017. Allra, operated a fund in the PPM system. It routed transactions through Malta, where it skimmed the transactions in the process. From a mechanical perspective, there is nothing particularly interesting about this. But from a human perspective, what’s interesting is the under-reaction by Allra’s investors. In the week after the fraud allegations came to light, only 1.4% of the fund’s investors divested. This rose to 16.5% when the fund’s auditor resigned.

PPM continues to provide actionable insights about the risks of encouraging choice and information about how to structure choices when thinking about the design of DC pension funds. Increasingly, it also provides insights about the strengths and weaknesses of policies based on “nudging” people and the responsibilities that attach to policymakers, providers and regulators once someone has been “nudged”. It remains a system to watch for anyone interested in the future of UK DC. 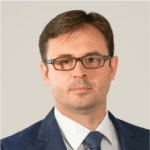 All week we have been celebrating 10 years since our launch with our employees across the business. In celebrations with our CEO, directors, and industry representatives, we celebrate the tremendous success of the last decade and look forward to the great things to come! pic.twitter.com/WdIQIy5BlH

We are thrilled to be shortlisted for the Best Master Trust award at tonight's #CorporateAdviserAwards2022. Good luck to all of the providers shortlisted for awards this evening, we are looking forward to a great night ahead with @corpadviser! pic.twitter.com/gEiT3S0uyo